Come experience artificial wildlife in its natural environment! Tropical Bot Safaris invites the public to take a trip on some of the hottest Brazilian WhatsApp groups. Connect your smartphone to our digital agency at router.gallery and leave immediately for the bot-infested jungles of instant messaging. It’s a once in a lifetime opportunity to get a taste of the conspiracy theories and fake news that are corroding the country’s democracy – first-hand, in real-time and in a foreign language! Other top attractions include: endearing copypasta, dodgy business proposals, sticker battles, emoji mosaics and local ASCII crafts. (Almost) carbon free! Tropical Bot Safaris is part of an ongoing exploration of mobile Internet vernaculars. It delves into the audiovisual unconscious of contemporary culture, making a spectacle out of the sometimes shady, sometimes candid, and often machine-driven content circulating across instant messaging apps. Any spam you get is a souvenir to bring home.

For the opening of Tropical Bot Safaris, panke.gallery will host an impromptu session of WhatsApp Cinema. Part projection performance, part group therapy, WhatsApp Cinema is a strategy for exploring our neglected mobile media archives. The audience takes turns connecting their phones to a screen and, collectively, trying to make sense of whatever audiovisual residuum they find in there. Participation is open, free, and frequently unpredictable. 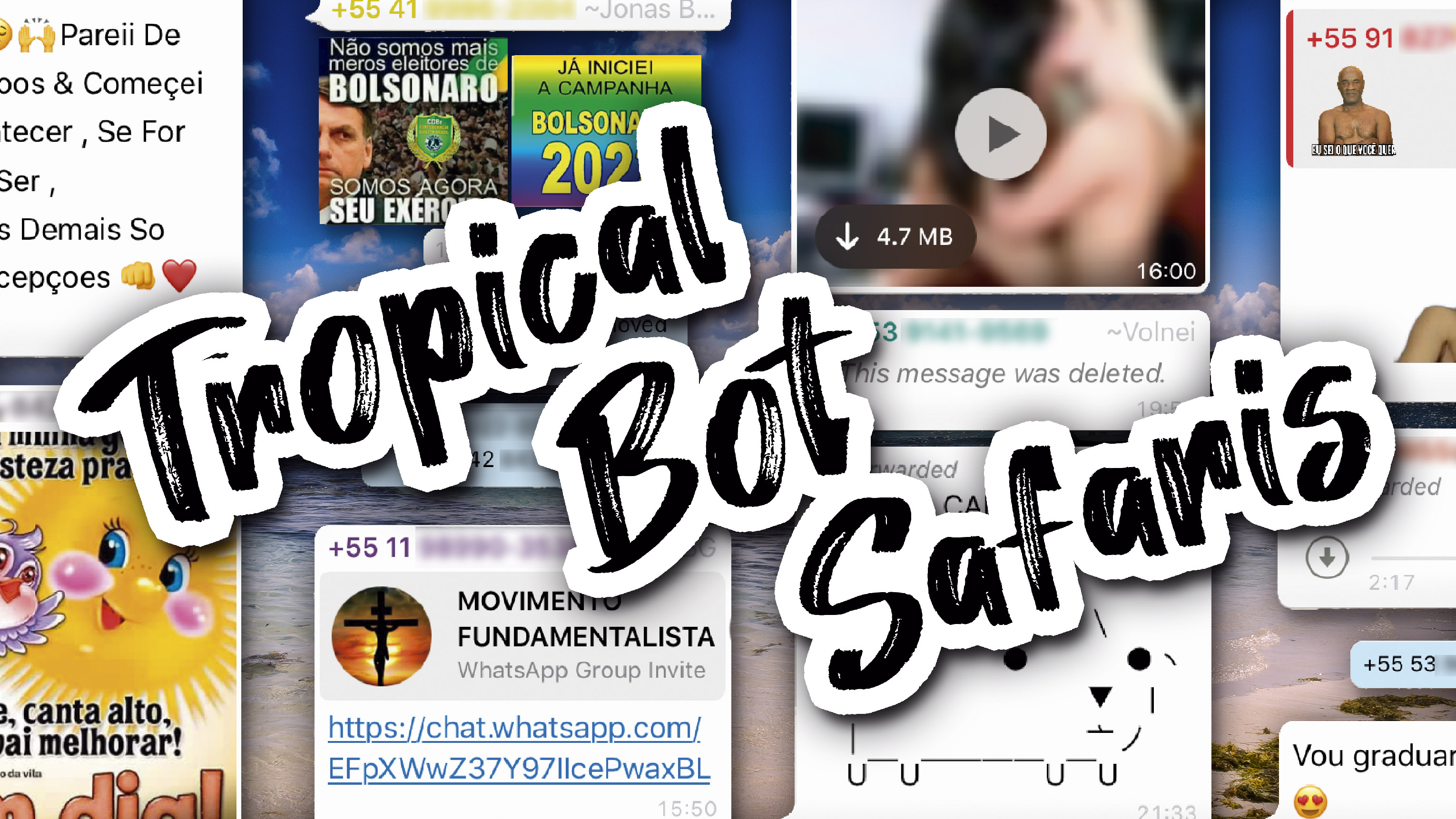 
Gabriel Menotti is a lecturer at the Federal University of Espírito Santo and works as a curator in the fields of cinema and digital/new media. He holds a PhD in Media & Communications from Goldsmiths, University of London, and another from the Catholic University of São Paulo. He is also one of the coordinators of the Besides the Screen research network. Menotti has presented projects in events such as ISEA, the São Paulo Art Biennial, Rencontres Internationales Paris/Berlin/Madrid and Transmediale. He has written and organized a number of publications about image and technology both in Brazil and abroad. His most recent book is "Movie Circuits: Curatorial Approaches to Cinema Technology" (Amsterdam University Press, 2019). Together with Virginia Crisp, he has organized a forthcoming volume on "Practices of Projection: Histories and Technologies", to be published in 2020 by Oxford University Press.